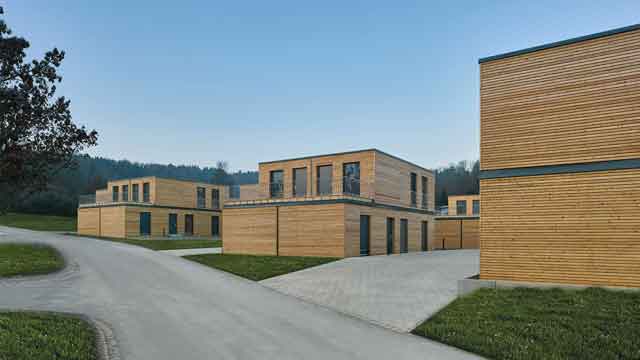 The current world population is 7.4 billion, of which two billion are children under 16 years of age. These two billion people are going to need apartments, jobs and infrastructures over the next 16 years.

In 1930, the world population totalled two billion. So we will have to build the world as it was in 1930 all over in the upcoming 16 years. If we were to make this the German national standard, we would need 1,000 billion tons of concrete and tiles. And they can neither be sourced nor produced.